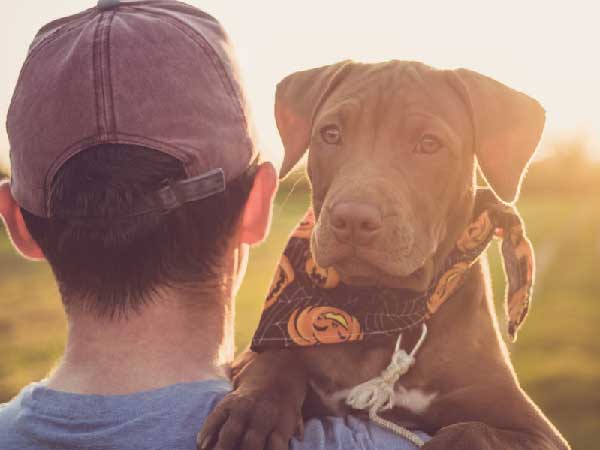 In addition to the common health problems that all breeds have to contend with, Vizslas suffer from a higher rate of immune-mediated diseases, such as hypothyroidism, inflammatory bowel processes, and rashes and allergies. However, there is a disease called polymyositis that seriously affects dogs of this breed.

You are more likely to find this condition in dogs than in other types of animals. In Vizsla breed dogs, this disease is very common, and it is because these pets frequently present circulating antibodies against a sarcolemmal antigen, so there is a greater risk that this animal suffers from polymyositis.

From What Age Can My Vizsla Dog Suffer from Polymyositis?

Polymyositis has previously been described in many breeds, although large breed dogs such as Vizslas are predisposed to suffer from this condition.

A Vizsla dog can suffer from this disease at any age, from puppy to adult. Even this condition affects any gender of the animal. Generally, middle-aged dogs tend to get polymyositis.

This disease, reported and studied in the Hungarian Vizsla, is characterized by masticatory muscular atrophy and pharyngeal dysphagia.

What are the Symptoms of Polymyositis in Vizsla dogs?

There are various symptoms that can occur in a dog of this breed. The clinical signs of this disease can be acute or chronic. When it presents in its acute form, the most frequent symptom is usually fever and general malaise. If the disorder occurs in its chronic form, the predominant symptom is muscle atrophy.

The typical onset of polymyositis is usually in the teens or perhaps up to about two years of age. Often, there is an acute episode of suffocation, dysphagia, retching, and hypersalivation.

In general, at the beginning of this disease, Vizsla dogs tend to lose their appetite. That is, their feeding and grafting of drinks are almost zero.

When a Vizsla suffers from polymyositis, one of the most significant difficulties they have is eating from a bowl or container. That’s because one of the most common symptoms is difficulty swallowing food and liquids. It is best to feed them with a spoon to help them eat.

Many theories assume that polymyositis disease in the Vizsla, and other dogs, is immune-mediated and inherited. With timely and effective diagnosis and treatment, it can be well controlled.

This condition occurs most of all in the UK. However, cases of Vizsla dogs with polymyositis have also been reported in other parts of Europe and even in the United States, Australia, Canada, and New Zealand.

What Causes My Vizsla Dog to Get Polymyositis?

The exact cause is unknown, but it could be related to an autoimmune reaction or infection. Polymyositis disease is thought to be an immune-mediated condition of the Vizsla and is often seen in conjunction with other immune-mediated diseases, such as megaesophagus.

Due to the prevalence in certain breeds, in addition to Vizsla dogs, there may also be a genetic component, but no one fully understands what causes this disease in dogs.

It should be noted that some infectious agents that can trigger this condition are stress, diet, vaccines, etc.

What Can I Do if My Vizsla Dog Has Polymyositis?

Normally, this type of disease usually appears in Vizsla dogs around two years of age. There is generally no cure for polymyositis, but treatments are often effective in controlling the condition’s symptoms.

Occasionally, the symptoms are so severe that treatment cannot effectively control the animal’s pain and weakness, so dogs with polymyositis must be euthanized.

The most effective way to prevent or reduce polymyositis is through treatment. That is based on the use of immunosuppressants, such as prednisone and azathioprine. The procedure can last around several weeks and even months.

Steroids, along with immunosuppressants, are generally prescribed to treat polymyositis in a Vizsla dog, but activity restrictions and pain medication may also be needed.

The chances of this treatment working are really good, although relapses in your Vizsla dog can happen at any time. In this situation, do not despair since, with the proper guidelines, you can make your canine recover.

Currently, thanks to various tests carried out by some specialists, it is advisable to use another type of immunosuppressant, such as Cyclosporine.

How Do I Know That My Vizsla Dog Has Polymyositis?

Vizsla dogs affected by this type of condition tend to show weakness during movements or activities in the open air. They may even present other symptoms such as a specific organic affectation, such as mega esophageal regurgitation.

The muscle groups of Vizslas most affected are the tongue, pharynx, esophagus, and head. Generally, this disease requires a trigger agent that occurs during Vizsla puberty, that is, during the first two years of the canine’s life.

It is extremely important to pay attention to each of the harmful agents that can affect our Vizsla. One of the most vital things we have to do as pet owners are taking care of them.

For that reason, we have to research the diseases that this type of dog can suffer before buying one. In case we already own a Vizsla, then we must take it to a vet frequently to have it checked.