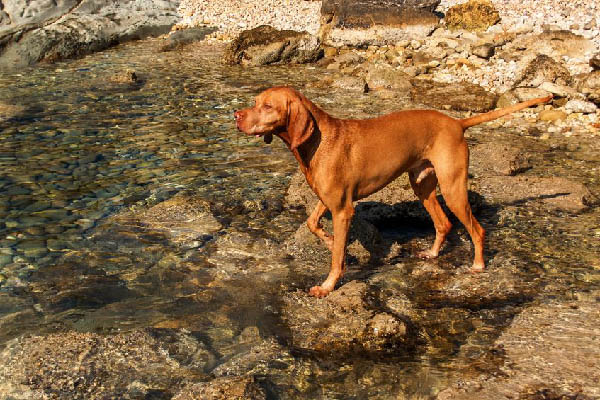 Both female and male Vizslas are lovely dogs to have around. They have lovely character traits, love staying close to their human, are super friendly, and intelligent. These dogs need a high number of activities to keep them active and prevent them from destroying things around the house. You won’t be able to differentiate the male from the female by just looking at them because they look the same and are somehow of the same size when fully matured.

But there are some personalities and character traits that differentiate a female from a male Vizsla. You need to understand this to help you make an informed choice when adopting. Check them out to help you decide whether you need to get yourself a male or female Vizsla.

While both dogs love the interaction with a human, a male Vizsla is more of a clinger. They love resting and pressing their head on their humans and enjoy deeper connections. They will rarely go far from their owners when in a public place and will always be close by when at home. The female Vizsla also needs to be near her human but will mostly stay close and not in contact. They love keeping themselves busy and won’t stay close for a long time without wondering about it.

Females are Territorial, Males are Calmer

When it comes to marking territories, a female Vizsla is more territorial than a male one. They are very alert to their surroundings and will always ensure your compound is under a heavy guard. She will bark at suspicious sounds and pay attention to anything approaching. The male one is somehow laid back and doesn’t just bark aimlessly. The male one will only bark when needed. This means a female Vizsla is more vocal than their male counterpart.

Female Vizlas behave more like a princess. They love to get attention from their humans. The Vizslas portray attitudes and behaviors associated with females. Male ones are the opposite. They are low key and don’t try to get the attention of everyone around but will rather just stay close and watch what’s going on on their surrounding from a distance.

They’ll kiss their humans and pass over to the next person. They don’t stay around kissing and cuddling with one person for a long time but would instead pass the kisses and move quickly to the next activity.

They seem to be more preoccupied and always looking for something to do. On the other hand, male Vizlas are snuggles. They don’t kiss but love cuddling and hugs. They’ll stand over to one person for a long time as long as they’re getting the hugs. They don’t pull away so fast like the female ones.

From these character traits, you already have the idea of the kind of Vizsla you need to adopt. Do you want more security around your home; the female will be more attentive and alert you in case there is something suspicious around. If you love a calmer dog and one that will always stay close to you for some cuddles, you should go for a male Vizsla.

Both of these dogs are adorable with lovely character traits. Therefore, getting female vs. male Vizslas depend on personal preferences.