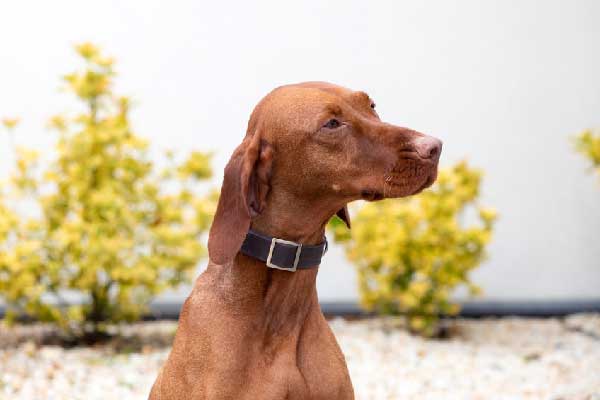 Neutering in the male consists of removing the testicles and removing the ovaries and uterus in the female. That is a common and routine surgical operation performed on dogs with very low mortality rates or associated complications.

When you have a Vizsla dog, you care a lot about its health and fitness, so you are likely to consider neutering your pet as long as it lives for a long time.

Most people tend to get confused between these two terms. Spaying is when a female dog’s uterus and ovaries are removed. The procedure generally involves making a small incision in the animal’s abdomen. Castration, on the other hand, is the surgical removal of the testicles of a male dog.

When Should I Castrate or Spay My Vizsla Dog?

Don’t make the decision to neuter your Vizsla dog lightly. To avoid unpleasant surprises or disappointments, let your veterinarian inform you of the advantages and disadvantages before the operation.

Veterinary doctors generally suggest that your Vizsla should be spayed or castrated between 4 and 9 months of age. There are several reasons to wait for such a long period. However, some doctors propose that the estimated time can have positive effects on the behavior of your Vizsla, depending on its gender.

Although there is no 100% a definitive answer, it is often recommended to castrate a male Vizsla dog after it has reached puberty.

Additionally, this process is considered to have long-term health benefits for your pet. It even helps prevent inappropriate behaviors, such as aggression and hyperactivity.

For female Vizsla dogs, there is no definitive answer as to when they should be spayed. While some veterinarians recommend spaying before the first heat (at 5 months), others propose that this can increase breast tumors’ risk.

It is always recommended that you consult your veterinarian for a personalized opinion. There are rumors that spaying or castration changes the personality of your pet. However, experts have said that this is not entirely true.

It is essential that your veterinarian has taken the time to get to know and examine your canine before giving you a verdict. Castration and spaying are not an ideal solution for all dogs.

Each case is different, and the advantages of castration or spaying are not always convenient. Ultimately, what is decisive are each animal’s individual factors, such as breed, gender, age, size, and social behavior.

However, you should make the decision to perform this operation if your Vizsla really needs it.

Why Should I Neuter My Vizsla Dog?

There are many reasons why you should neuter your Vizsla canine. As we have mentioned before, this process can improve your pet’s quality of life and even make it a long-lived dog.

First of all, you will have a happy and healthy Vizsla dog. Spaying has been shown to reduce the risk of breast cancer and uterine infections, and castration similarly prevents testicular cancer. Therefore, if you want to avoid these critical damaging agents in your partner, neutering is a safe way.

Castrate your male Vizsla will also ensure that it behaves its best at all times. Neutering prevents aggressive and territorial behaviors, and it also means that you won’t spend your entire walk looking for a female canine companion.

Another reason why owners of this type of dog decide to neuter their pets is to avoid unwanted litters by saving the lives of millions of Vizsla puppies that would end up in shelters.

One of the advantages of this process would be the disappearance of symptoms in heat, such as bleeding or psychological pregnancies (in the female sex). On the other hand, smegma secretion is avoided in males (yellowish pus).

Even your Vizsla will be protected from specific diseases such as breast cancer, testicular cancer, and prostate problems. In the case of females, this only applies when neutering is early.

The possibility of reducing aggressive behaviors related to sexual desire, such as attacks on other males or females in heat, is high.

Is This Process Dangerous or Painful for My Vizsla Dog?

No, the procedure is not painful. It is a surgery that is performed under general anesthesia. Therefore, these animals will not feel anything.

You also won’t have a fat, lazy pet. Just because Vizslas are not in heat does not mean they will gain weight. These dogs are known for their high energy level, so with daily walks and jogs, your Vizsla will always stay in shape.

Disadvantages of Neutering My Vizsla Dog

Specialists say that neutered Vizsla females eat and gain more weight than non-operated ones. It should be noted that this will happen if you only allow your spayed pet free access to food (neutering has not been shown to increase the risk of obesity in male dogs; only in females).

However, through diet and exercise, obesity is controllable so that neutering would not endanger the animal’s welfare if proper care is ensured.

In addition, your pet could suffer other problems in its hormonal system simply because it has been spayed or castrated. The tendency to overweight and obese is one of the most visible consequences in these situations. Still, at the moment, many cases of obesity in Vizsla dogs have not been confirmed.

In addition, this process can lead to an increased risk of urinary incontinence (especially in females) and the development of other tumors.

Even Vizsla dogs that have been neutered suffer from changes in the structure of their hair. Thus, the grooming of this breed’s canines would become a little more complicated than usual.